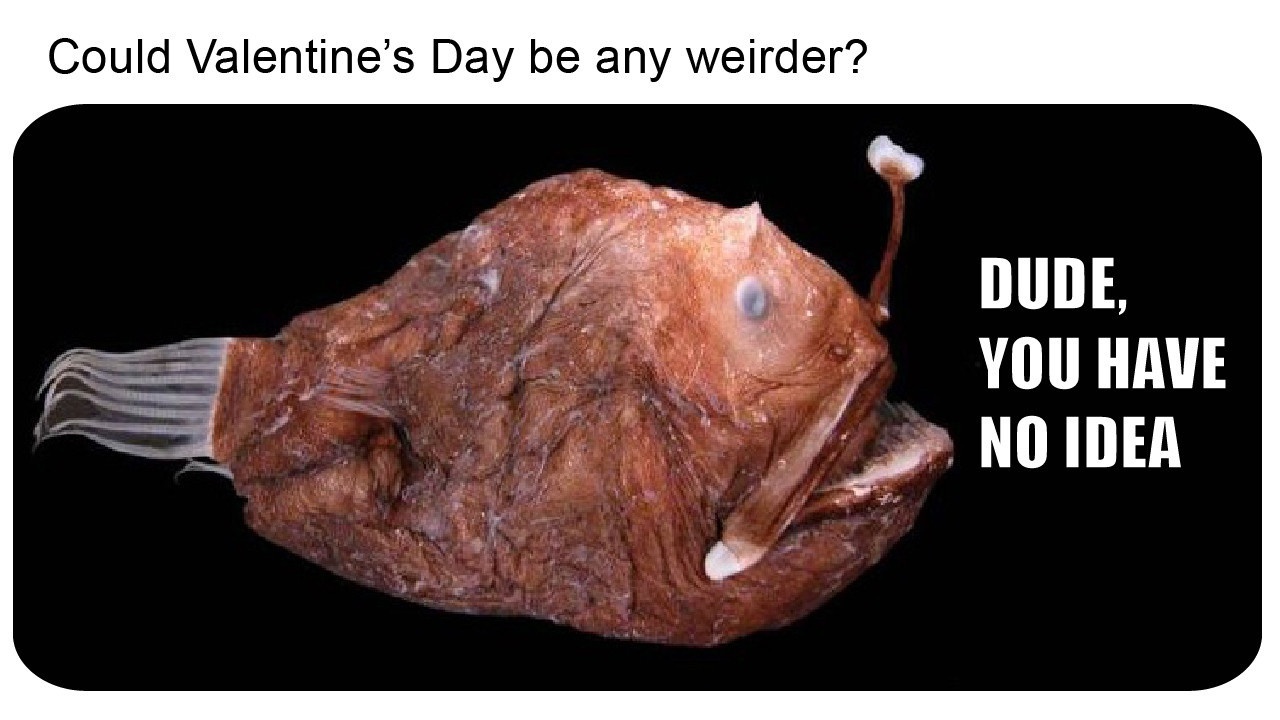 “As if I needed another dang reminder of V-Day,” you may be thinking, “I’ve been walking past those pink boxes at the drugstore since December.”

Whatever this “holiday” means to you (and for me it’s a mix of loneliness, rampant capitalism, and the unrealistic expectations of romance in a post-modern world), allow me to offer some re-framing via the animal kingdom.

The male giraffe, for example, rubs against the female’s backside until she pees, then tastes it to see if she’s in oestrus, and then stalks her until she acquiesces to sex.

In the courtship of the six-plumed bird of paradise, the male decorates his part of the forest floor with bright red berries and snakeskin, and commences an intricate dance to dazzle the female.

Perhaps my personal favorite is the deepwater anglerfish male, who bites the female’s stomach. His body literally fuses with hers, and over time, his eyes, mouth, and fins wither away as he forevermore acquires nutrients from her body in exchange for his semen. (And people said *I* was too codependent with my ex.)

So you see, roses and pastel messaged hearts aren't all that weird when taken in context: Valentine’s Day is just one more of Earth’s weird mating rituals.

So hang in there, friends, this Valentine’s Day too shall pass.

Unless you’re an anglerfish. 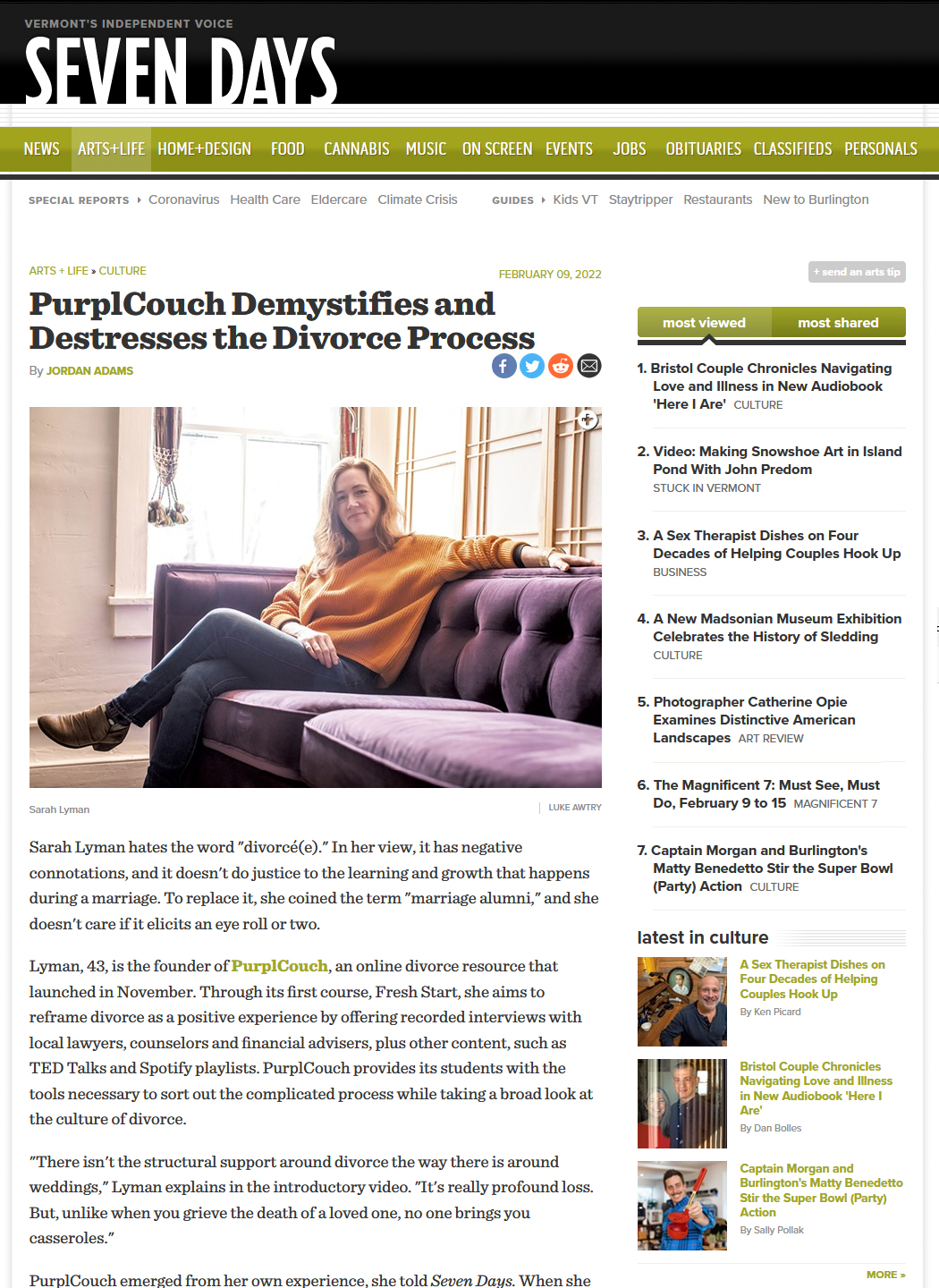 Folks, I’m incredibly humbled that PurplCouch is featured this week in the Seven Days Love & Marriage Issue and the Albany Times Union. If you know someone that could use this course, I hope you’ll consider forwarding along those articles, or just your kind words. 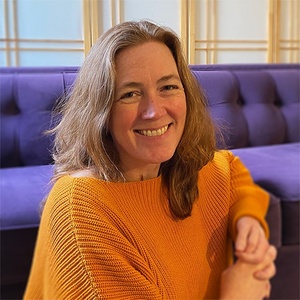